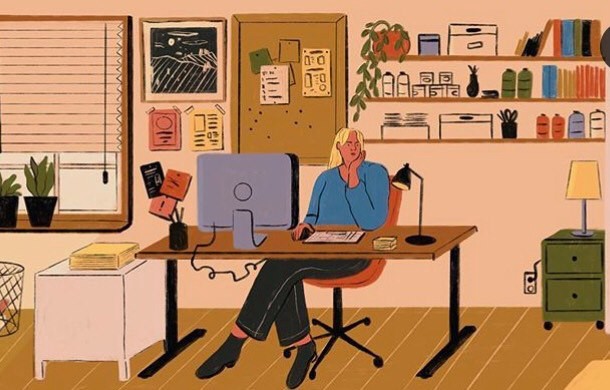 Despite talks of COVID-19 circulating WhatsApp groups and dinner conversations since January, I was unprepared for the extent of its impact on me, and the rest of the world. While China was swamped in almost forty-five thousand positive coronavirus cases towards the end of February, I was still planning a holiday across Europe for my Easter holidays. I brushed aside my parents’ jittery phone calls and tentative suggestions to cancel my reservations, defiantly optimistic that the whole affair would be settled by the time April rolled by.

When Boris Johnson announced a UK-wide partial lockdown, I was initially shocked, and then, on recovering, chastising myself for being taken by surprise in the first place. Over the previous month, I’d watched countries slowly shutting their borders, retail markets, and their homes. Italy was slumped over with the presence of the virus, and it was fast spreading across the continent. Haphazardly downloading News apps onto my phone, I frantically consumed as much information as I could, about what was going on in the UK, as well as the situation back home in Bangalore.

India went into lockdown a day after the UK, though subject to much stricter conditions of movement. While in the UK, I was allowed to walk outside for exercise and grocery shopping, it appeared that people back home couldn’t leave their homes without a pass. A globe of constant movement and activity had slammed to a standstill.

The past eight weeks have forced us to confront a new reality; one of virtual presence and of limited consumption. With schools, most workplaces and universities closed, a lot of people have little physical contact outside their housemates or family members. Suddenly, we are met with the need to acclimatise to a new normal; conference meetings on screens, muted classrooms and social interactions through a telephone.

The most interesting thing about human intelligence, though, is its ability to adjust to its surroundings extremely fast. In a matter of weeks, the public world has moved online. Talk-show hosts post episodes of their show without an audience’s laughter in the background. Musicians play sets to virtual crowds. While pictures of deserted tourist destinations are shared on Facebook, a community begins to awaken on other parts of the internet.

A Delhi-based tattoo artist, Shreya Josh, has been conducting figure drawing sessions over Zoom, accepting donations as payment. Agile Rabbit, a British company focusing on conservation, organises seminars on ecology and history. (I happened to watch a particularly interesting one on the importance of bats in our ecosystem). We can follow livestreams of zookeepers taking us around enclosures, showing us the various animals they take care of, as well as information about their various habits, behaviours and interesting facts we probably wouldn’t have known otherwise (did you know giraffes only need half an hour of sleep in a day?).

The sudden and prolonged isolation we’ve had to endure has forced us to confront new forms of creativity, as well as come to various realisations about how the world can operate in the future. My uncle’s company, Appiness Interactive, has decided to implement a four-day work week even after normal work resumes. Rotating work schedules and flexible office hours are likely to be expected in the future.

This clarity has extended to the education sector as well. With universities and school relaying lessons and assignments online, there’s been a rapid adjustment of traditional exams into formative assessments. This has completely changed the age-old way of evaluating the progress of a student in the past.

This has also allowed us to question the accessibility we provide students, of various walks of life. A friend of mine realised how much studying online benefits her, as her social anxiety and auto-immune disability used to make it hard for her to even consider stepping outside into a crowded university.

Not only have our physical lives begun to transform, but our internet counterparts have as well. With the onset of the pandemic, many have taken to completing online courses (I finished one on Coursera that I quite enjoyed). We find ourselves in a vacuum of activity, and decide to embrace a continual productivity, new hobbies and remodel our outlook on life.

COVID-19 has backed the world into a corner and forced it to change. It has brought our entire way of living into question, and will continue to do so, I believe, for a long time after the virus has passed. It is comforting to see that, though we are living in a disheartening and difficult time, we are still finding ways to reshape our learning, our imagining and our creating.