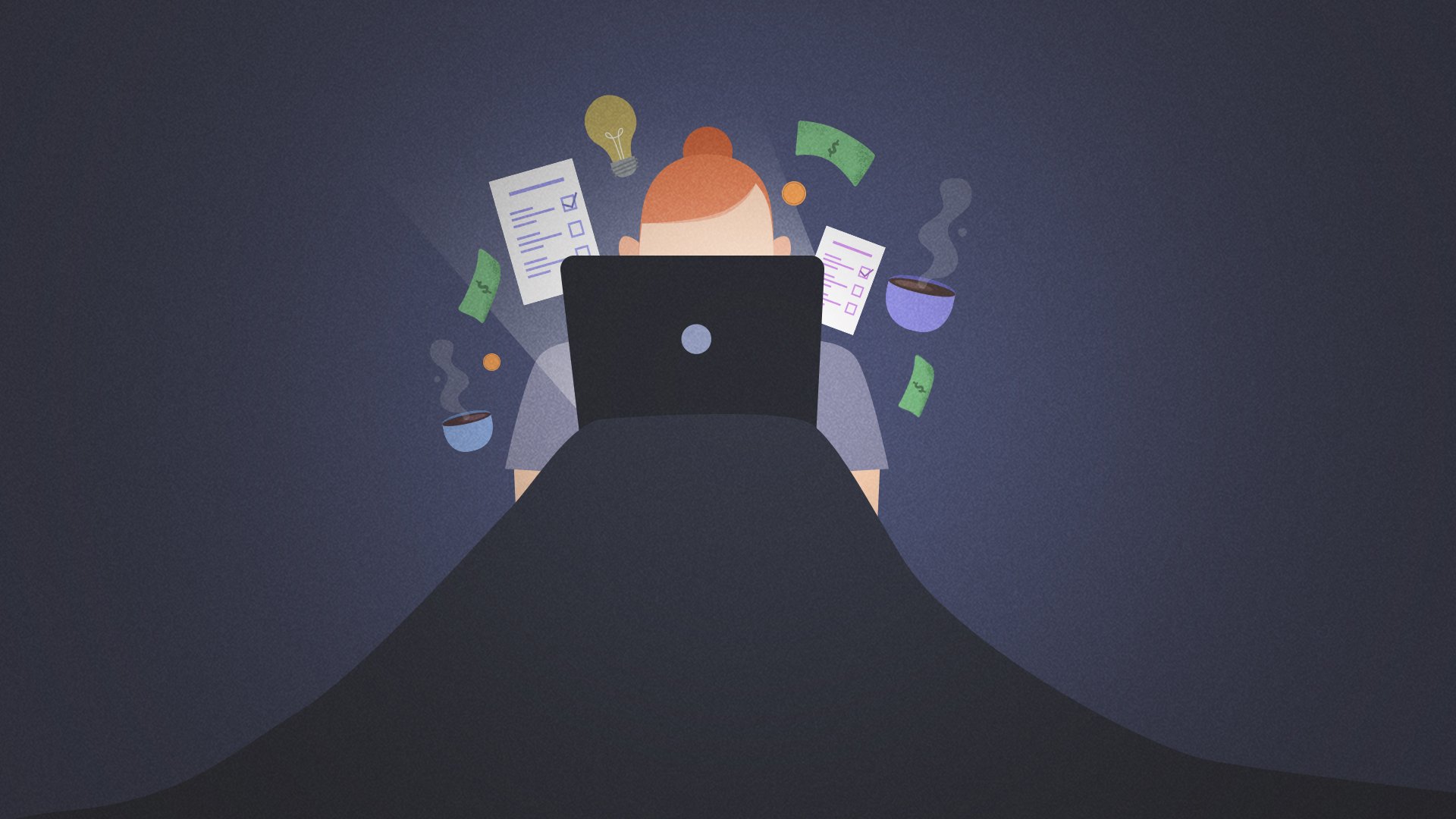 Over the past few years, with the monetization of popular Instagram accounts, YouTube channels and an increase in the start-ups of aspirational entrepreneurs, a phrase that I’ve come across quite often is ‘Hustle’. ‘Hustle’, synonymous to ‘Rise and Grind’, ‘Eat, sleep, work, repeat’, and ‘Slay’, is representative of a culture that thrives on constant work – out of the office, in the office, in coffee shops, in bed before going to sleep.

Another phrase to define this phenomenon that’s gripped working millennials, to the extent that it’s become almost a trend, is performative workaholism. Its rising popularity has made it seem that if one isn’t living their lives this way, they’re not doing enough. Hustle culture has become a standardized beacon of productivity and performance. If you aren’t spending every second you can working towards your goal, you don’t deserve to get there.

Hustle culture stemmed from the Digital revolution, involving the changing systems of information. and telecommunications. Though it seems like the workaholism from 70s that we’ve heard of, been warned about and are conscious of, Hustle culture has one important difference: the presence of technological progress that blurs lines between working and private lives. Jeremy Littau, Ph.D., an associate professor of journalism and communication at Lehigh University, says digital media has changed expectations of how and when we communicate, leading to a renewed acceptance of hustle culture.

Elon Musk, an unofficial spokesperson for the work culture, has been quoted as saying ‘nobody changes the world on 40 hours a week’. He also noted that to change the world, you’d need to work ‘about 80 (hours) sustained, peaking about 100 at times.’ (A minimum of eleven hours a day.)

Hustle culture makes use of the idealism of the millennial generation, and their desire for success in a changing economic system. It glorifies burnout, work-related stress and exhaustion as a sign of dedication, determination and efficiency, putting work on a pedestal. As the millennial generation strays from the age-old three-kids, 9 to 5 job and white picket fence lifestyle, they attempt to accomplish their goals in this way: attributing their own self-respect and worth to how much they’re willing to sacrifice for their work.

Social media is another reason for the rise in hustle culture over the last decade. With Instagram influencers, curated inspiration pages with mottos such as ‘Hustle in silence and let your success make the noise’, users, knowingly or unknowingly, envision an unrealistic idea of success that skims over the nitty-gritty and jumps straight to the finish line. It’s not uncommon for people in their late teenage years and twenties to look at the accomplishments of other people blazing across the internet and compare their own lives – immediately attributing this difference in lifestyle to not working enough.

Of course, in a world that rewards accomplishment, there’s nothing wrong with promoting your motivations, purpose and success. What we need to be concerned about is the physical and mental toll Hustle culture can have. Entwining your self-perception to your career almost creates a dystopian sense of identity – bolstered and perpetuated on technological presence.

With rising prevalence of Hustle culture, we need to question why it’s such a contributing factor to the millennial’s sense of self, whether it’s a sustainable work model, and who it truly benefits.